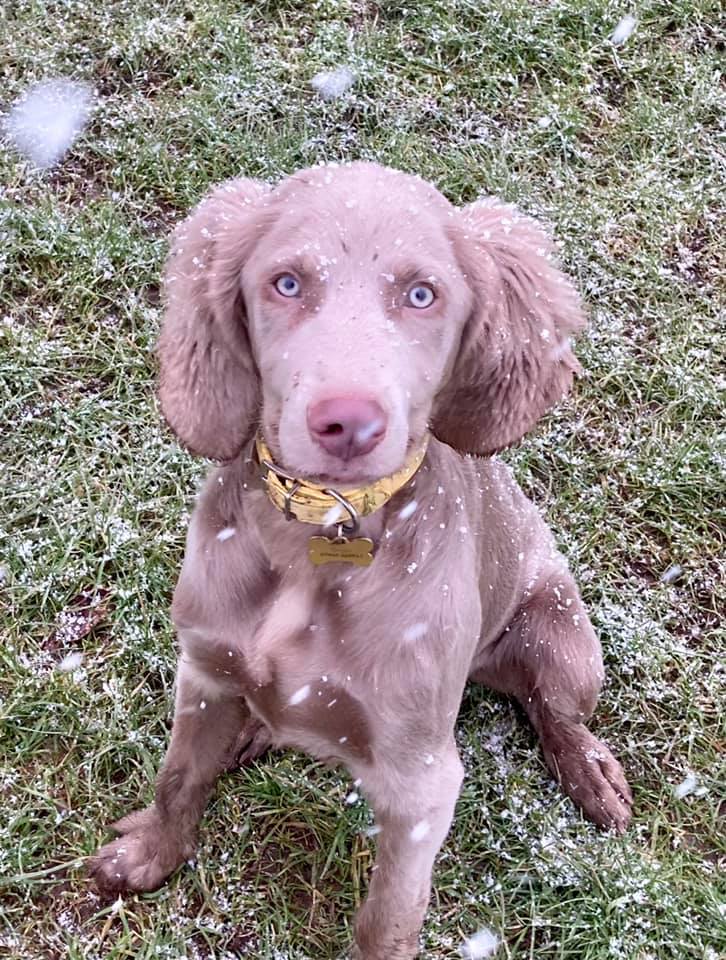 The Weimaraner comes in 2 coat variants, the short hair and the less popular longhaired variety, which is a recessive gene.

The history of the longhair is sketchy just as it is with the shorthair but the first longhair was seen in 1934 at a show in Vienna. It was clearly a longhair although it hadn’t been bought as one. As a result, the German club had a meeting where members’ confirmed they had also seen a longhair. The club then made the decision to recognise the longhaired variety.

The first longhair to arrive in the UK was Ann Janson’s Asta von Gut Blaustauden, imported from Austria and born in March 1973. However, on the 8th January 1973, a litter born in Scotland bred by Mr Seymour reportedly contained 2 longhaired pups, with only one surviving. These were the first longhairs recoded in Britain. From this litter, Joan Matuszuwska had the male puppy, registered as Mafia Man of Monroes. Used at stud only once and mated to his shorthair litter sister Uhlan Fanstasia, this litter produced five longhaired puppies. 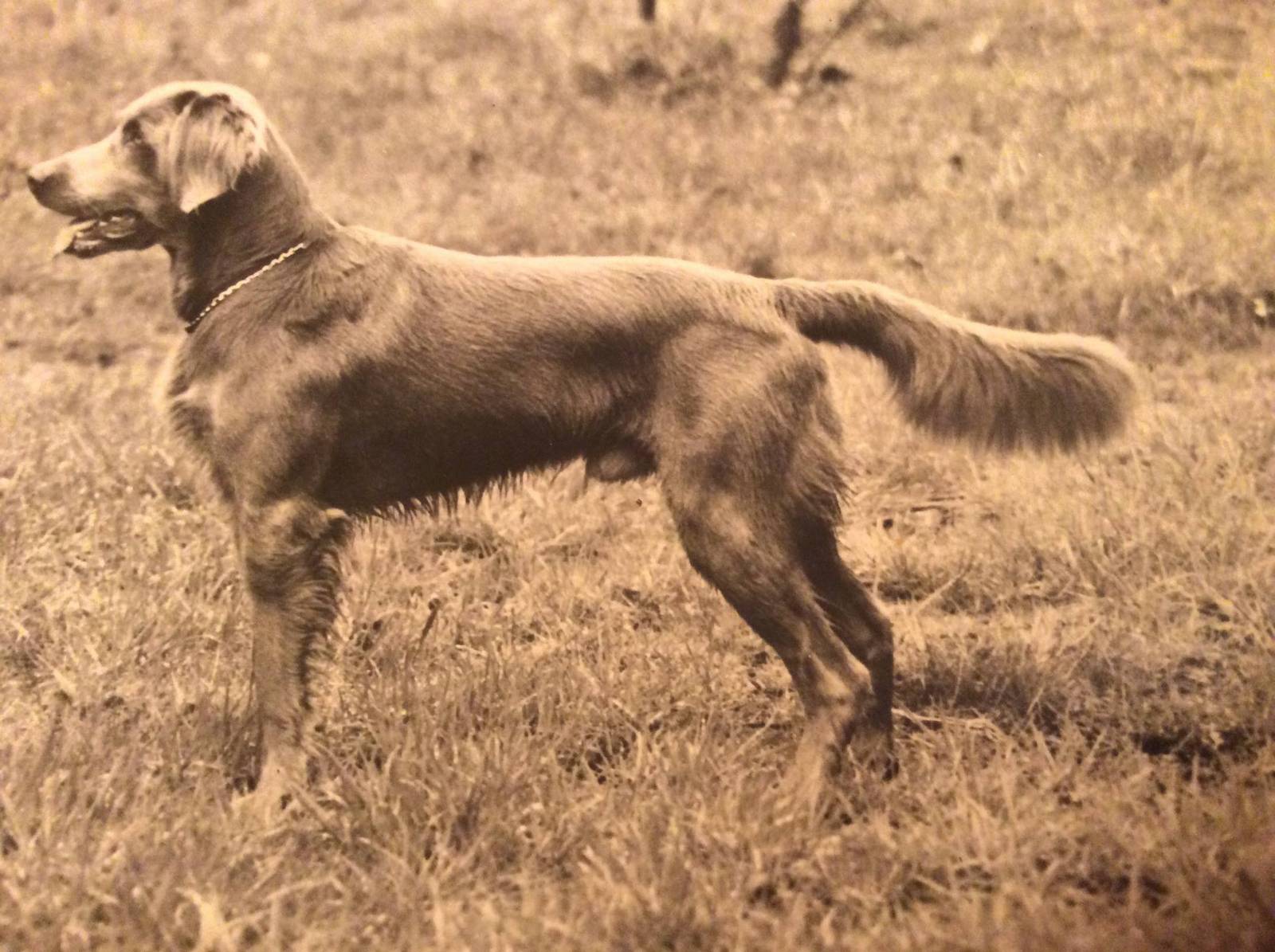 Ann Janson received another longhair from Austria as a gift, Dino von der Hagardburg. He was mated to Asta twice and one of the offspring made breed history when Aruni Dinwiddi from Seicer won 2CCs.

Asta, Mafia Man and Dino were the foundation stock for the longhair variety in Britain. To add to the foundations of the longhair, Leo & Jill Smith imported a male, Hasso von der Hagardburg. This was not their first longhair though since they had the litter sister to Diwiddi, Aruni Danya from Seicer. Leo & Jill mated Hasso to Danya to produce the first Pondridge litter. In this litter was Shirley Anderton’s record breaking male, Sh Ch Pondridge Practical Joker, the first longhair show champion winning 3CCs.

In 1977, the WCGB decided on the recommendation of Dr. Malcolm Willis to allow the breeding of longhair to shorthair. Ann Janson’s husband Roy, had received information regarding a puppy from the original mating of the Austrian dogs that had been put to sleep due to the possibility of hereditary epilepsy. Further studies were made of siblings and offspring of a repeat mating and some showed a tendency to epilepsy. As a result of a mixed mating, the chances of a longhair pup appearing in a short hair litter is more likely. 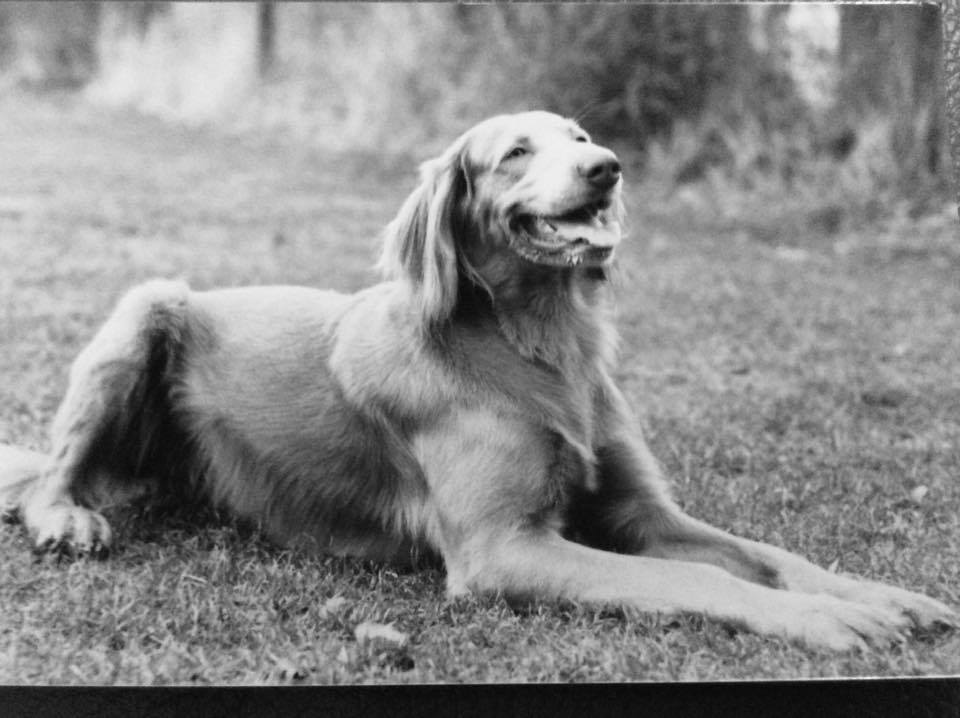 In 1991, Denise Mosey (Denmo) bought her first longhair Weimaraner after decades of owning and breeding successful shorthairs. Taxi, as he was known, also went on to gain his title thus becoming Sh Ch Pondridge Pioneer of Denmo. He won 4CCs. Taxi was used at stud a handful of times and his last litter was born in 2013, years after his death by artificial insemination. The litter was bred by Stephen & Patsy Hollings (Gunalt) from a bitch who is a descendant of their first longhair bitch, Galrhia Confetti And Lace of Gunalt. In this litter was the top winning longhair owned by Sonya Perez-Powell, Sh Ch Gunalt By Ek at Soncaro (AI). Vinnie has won 5CCs to date. Vinnie’s dam, Sh Ch Gunalt Quirky, also owned by Sonya is the first longhair bitch show champion. Another accolade for Sonya is her winning the DCC & BCC with By Ek and Quirky at Bath championship show in 2017. 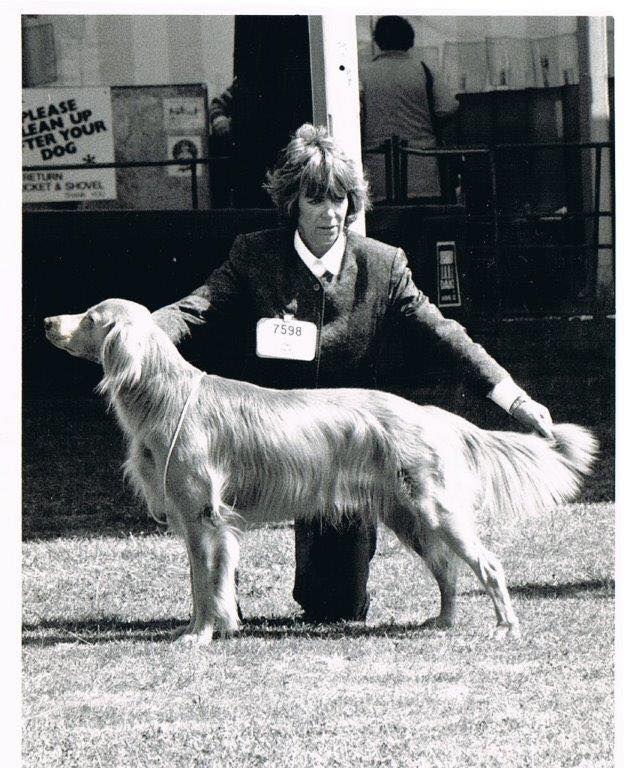 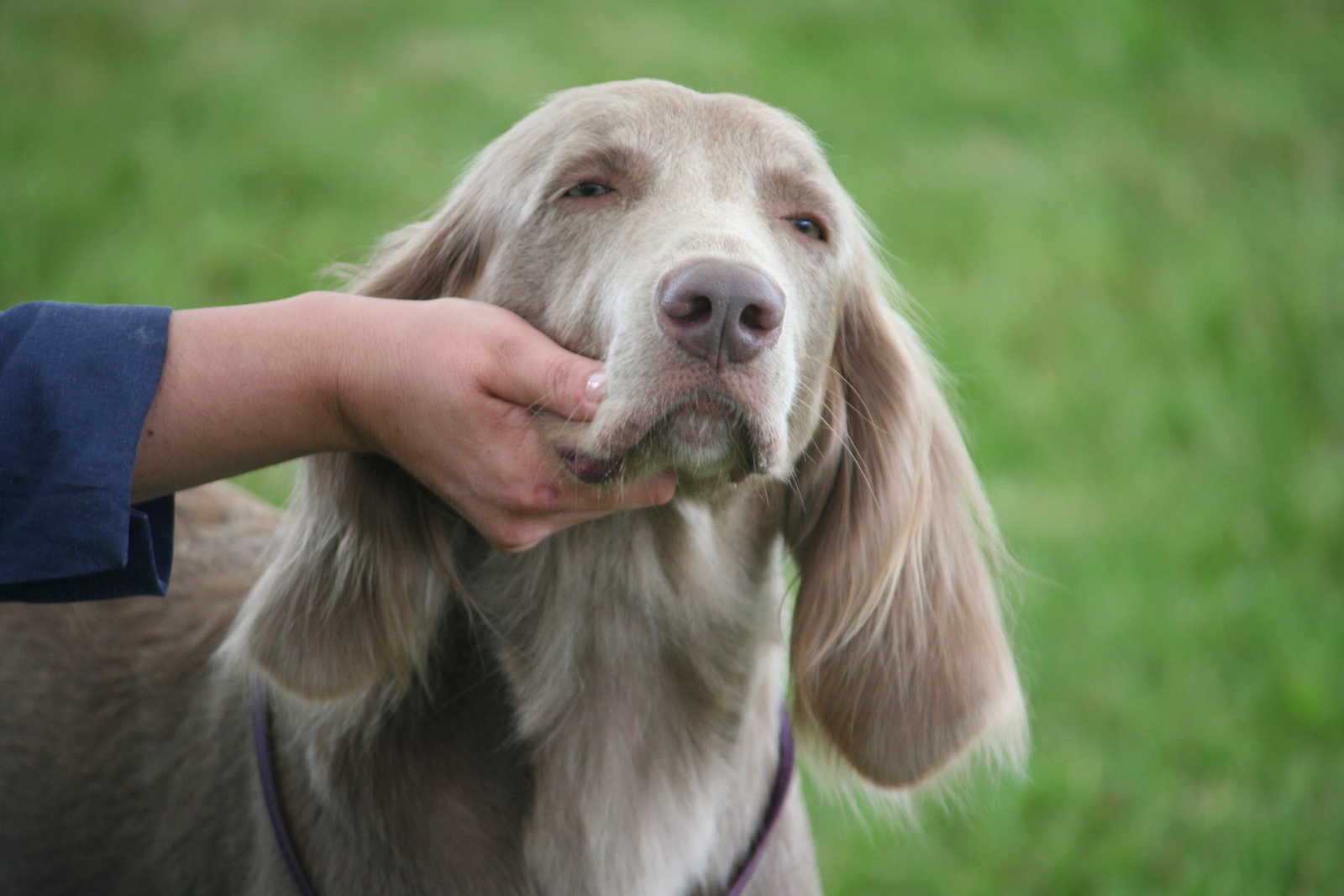 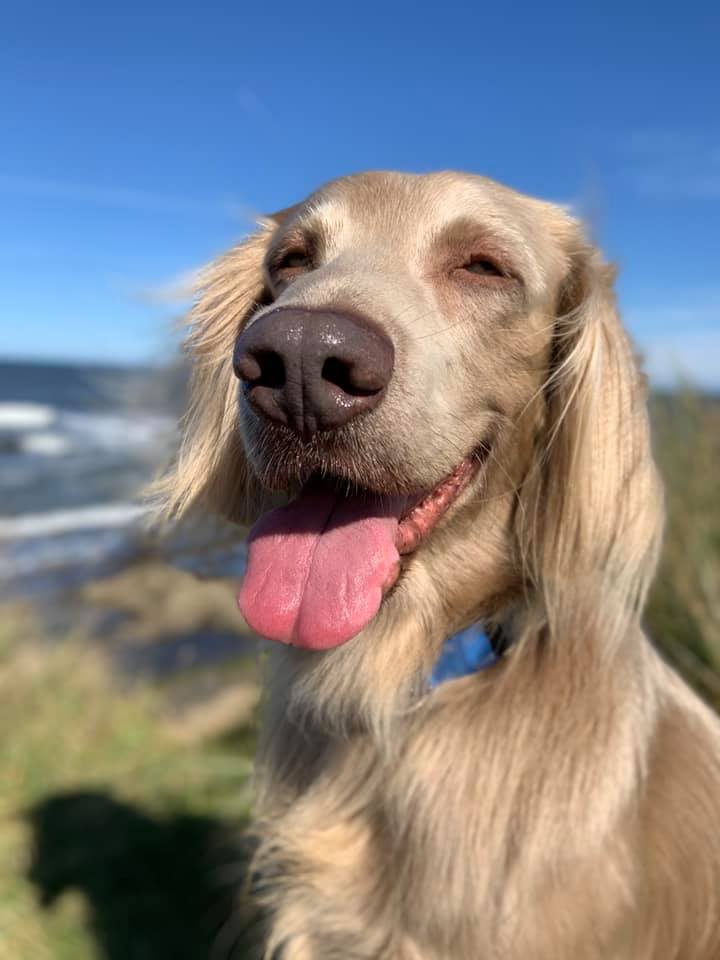 The longhairs compete in the same classes as the shorthairs in shows, only at clubs shows do they have a separate class if the owner chooses to enter it. In recent years, there have been many successful longhairs in the show ring with Andrea Wright’s Ir Sh Ch Lassemista Calypso being the first longhair to  gain an Irish title. 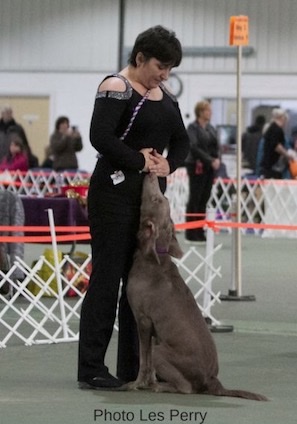 A few have competed in field trials, gundog working tests and agility with some success and Nina Fotara
has been successful in obedience competitionswith her longhairs. However, it is the working trial scene where the longhair has excelled. Naming a few of these successes: Ruth Williams’ Damaris Twilight CDex,
UDex, WDex, TDex, and Coppettwood Domino Marcasite CDex, UDex, WDex. 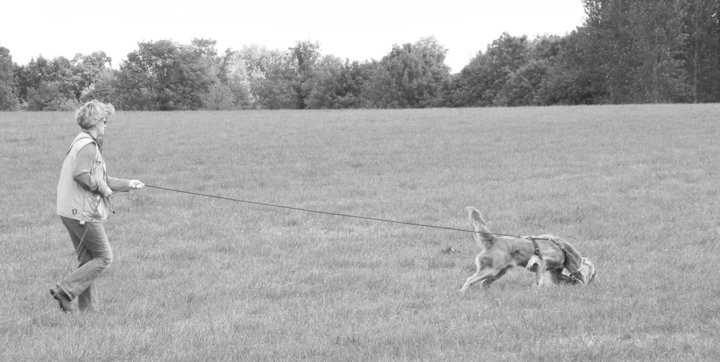 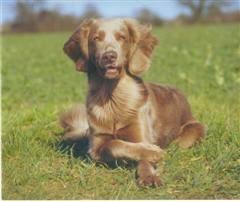 There have been many longhairs im​ported over the years from all over the world which has expanded the gene pool.
The longhairs continue to go from strength to strength thanks to their dedicated breeders and owners. 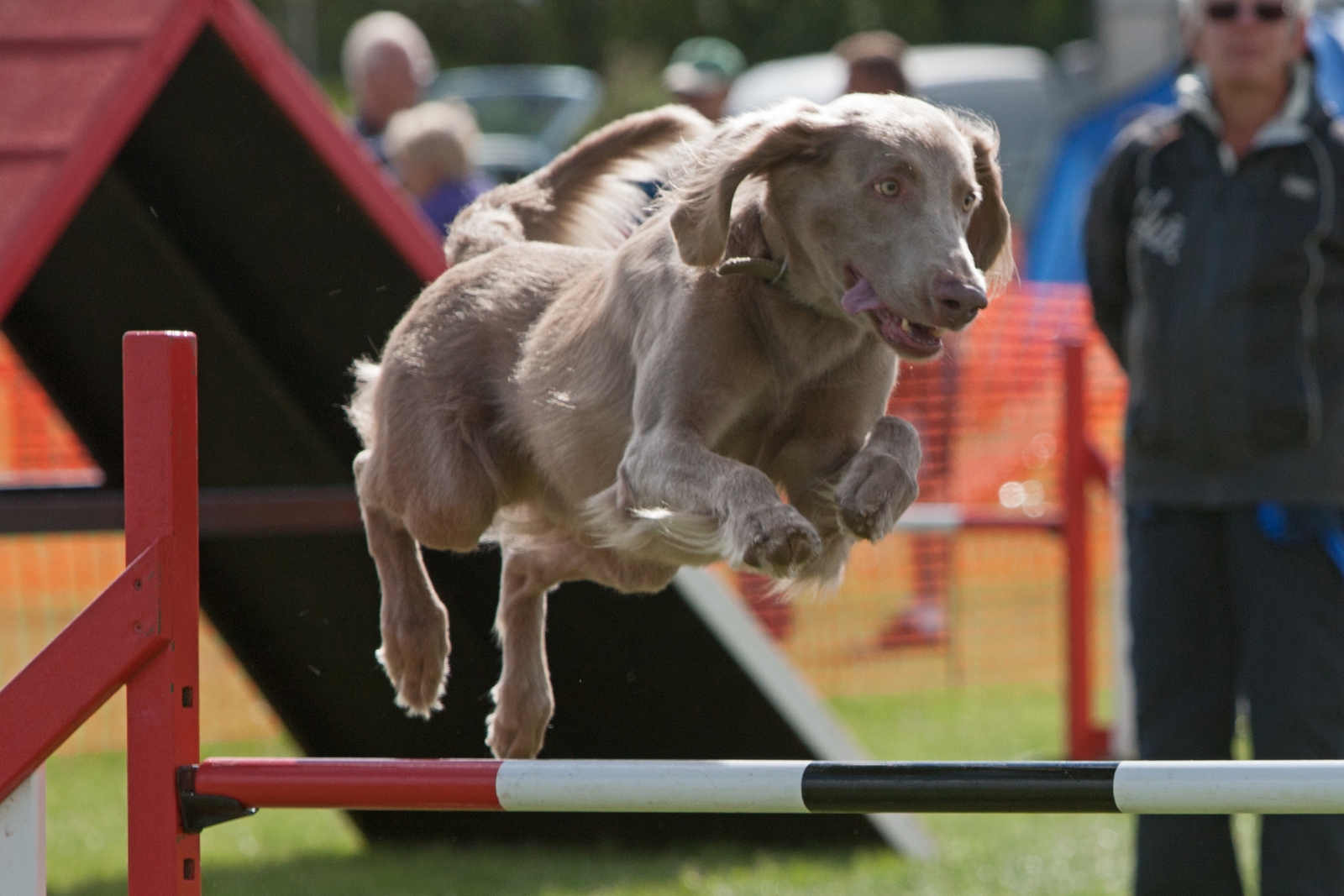 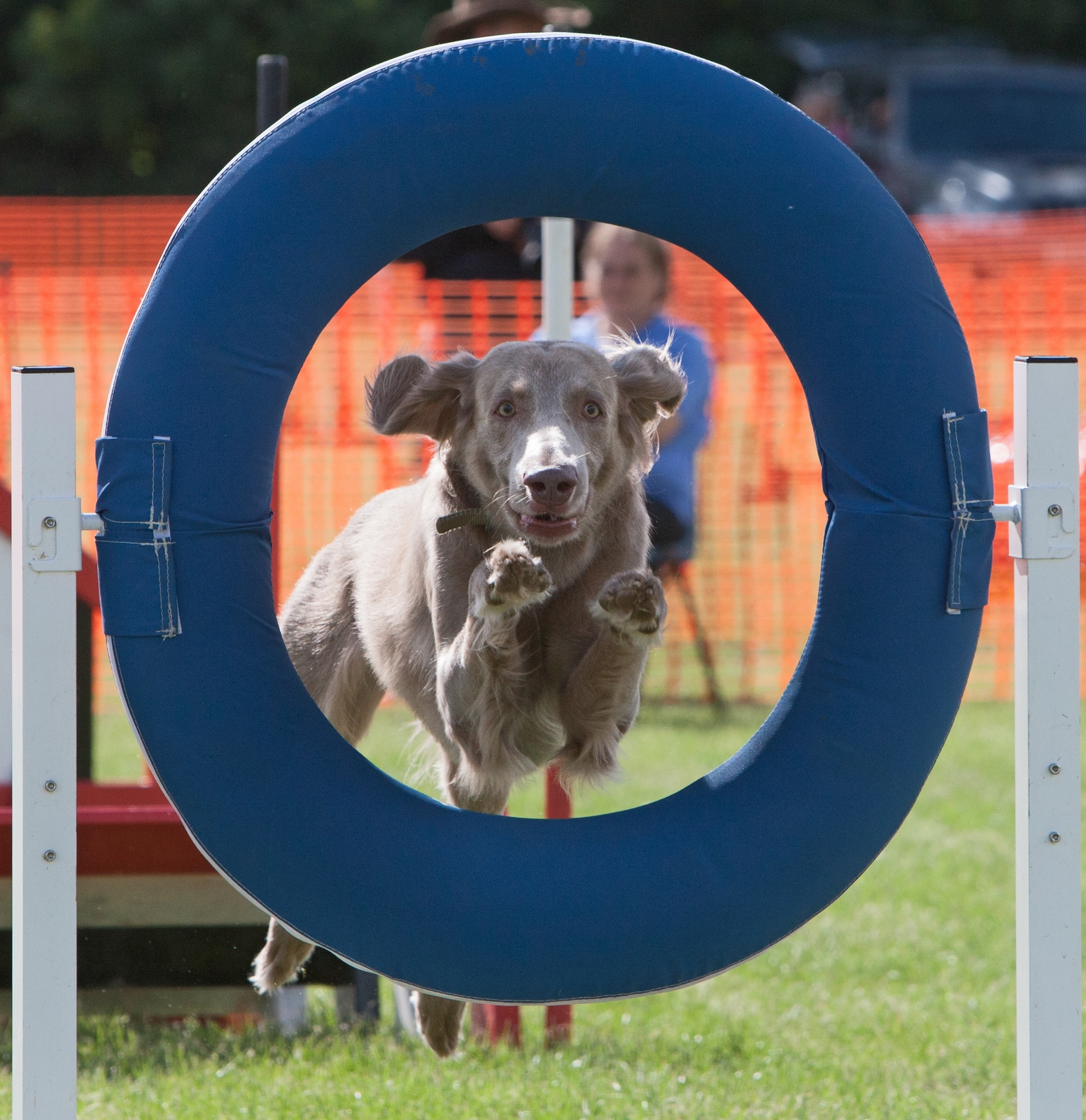